Before children learn to drink from a cup, the spout cup is a common intermediate step. However, many and prolonged use of a spout cup has negative effects on the teeth and the mouth functions. And with that also the health and the speech development of a child. The Dutch Consumers Association recently issued a warning: ‘Spout cup: do not use it’.

Because the tongue muscle is very strong, a wrong tongue position and wrong swallowing have effect on the position of the teeth and the development of the jaw. Normally the tongue is ‘sucked in’ against the palate. The tongue tip then lies just behind the upper teeth, without pushing against it. With a normal swallowing movement, the tongue moves upwards instead of forward. When a child drinks from a spout cup, the tongue lies under the spout and the mouth remains open. The child therefore gets used to a ‘low forward tongue position’ during swallowing. The tongue then pushes against the teeth or moves between the teeth. This can cause dental abnormalities. All kinds of an open bite for example, where the upper teeth does no longer fall over the lower teeth.

Children with a wrong jaw or teeth position often need a brace and sometimes even a jaw operation later in life. Therefore, do not start with a spout cup at all, according to the Dutch Consumers Association. You can better skip this step in learning to drink. This also has the advantage that fewer holes are formed in the teeth. Because with a spout cup the teeth are exposed to (sugary) drinks much longer; the child often does not drink the contents in one go, but continues to suck on the cup.

Drinking a lot from a spout cup can have even more unwanted consequences. Because of the wrong swallowing there is more chance of ‘air swallowing’, which causes abdominal pain. And flabby mouth muscles lead to poorer chewing, which in turn gives stomach and intestinal complaints. An incorrect resting position of the tongue and wrong swallowing usually also affect speech. The speech sounds ‘T’, ‘D’, ‘N’ and ‘L’ are often produced too far forward; so against the teeth. That is also called lisp. If the tongue moves too much forward with the ‘S’ sound and the ‘Z’ sound, the child is swishing.

Practice with a cup

Learning to drink from a normal cup can start when a child is between 6 and 8 months old. It is not about large quantities, but about a few sips to learn. Use an ordinary cup, or possibly a cup with handles and/or a nose cutout. By drinking with an open cup, the child learns to close the mouth again in time because otherwise there will be too much liquid in the mouth. In this way the child learns to suck in and dose the liquid well. The child also constantly sees how much liquid is left in the cup. In the first instance, exercise is easiest with a thicker liquid drink, such as yogurt or diluted smooth fruit juice.

Not only due to a spout cup, but also due to the long use of a pacifier or drinking bottle with teat, a wrong swallowing pattern can occur. This also applies to prolonged thumb sucking or finger sucking. As a result, children often sleep with their mouths open and with a low-lying tongue. They then breathe through their mouths instead of their noses. The risk of middle ear inflammation and respiratory infections is greater. Therefore do not give a bottle in bed as comfort. And therefore certainly not a spout cup.

Based on source: Consumentenbond (Dutch Consumers Association) – ‘Spout cup, do not use it’. 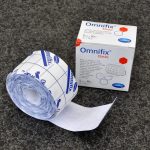